Does mental age vary by country ?

If there is such a thing, a regular reader will know that this mental age test has now been taken over 5 million times. Actually, it's probably been taken well over 30 million times but when we get busy we split the servers which messes up the counters. Anyway, the point here is that we have raw stats on over 5 million tests. That's a lot. The question here is whether there is any difference on a country by country basis on the results.

As regular readers will also know, the website has been translated from the original English into three other languages - German, Spanish and French. It's worth mentioning that the stats we are going to consider here take into account all four languages. However, there's no direct connection made between the language and the location. For example, there's no assumption that because someone may have chosen to take the test in French that they were in France. 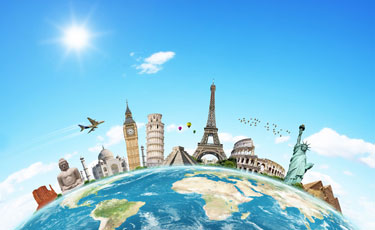 The location of the user for the purpose of these stats is based on a very vague IP database. Each computer is connected to the internet with an address called an IP address and this can identify the location of the computer. Unfortunately, the database we use for IP location is a bit old so the accuracy, even at a country level, is a little vague. However, there's a lot of data points and we figure that a few incorrect entries won't affect local mental age results much. The MMA team are quite sure that everyone taking the test was from this planet but even then, we can't be sure.

Clearly, the quality of the stats here is only going to be as good as the quality of the data, so the quantity of data points per region and per country is vital. Therefore, the follow table will also show the percentage of the last 5 million users as well as the resulting mental age. We'll look into this data in more details further down the page.

By continent, the data indicates that Europe has a slightly higher mental age test result than Americas (both North and South America). Africa has the highest mental age and Asia the lowest. If we now consider the top thirty countries to take the test we can see a more detailed breakdown. We have stopped after the top thirty because it drops below 0.25% of the total tests. In the interests of data and statisical integrity, the MMA team considered anything lower to not be accurate enough.

In reality, the differences between the countries is more likely to reflect the actual age of the people that share the My Mental Age test website than anything else. My Mental Age is a viral website which means that much of it's annual traffic comes from people sharing. If you, the reader, haven't shared this site with your friends, then this is a good time to do so. As a result, if the site goes viral in a particular country amongst old age pensioners, then it's more likely that the average age for that country will be higher.

Having looked at this of course, there's no direct reason why older people should have a higher mental age or indeed younger people a lower mental age. Quite often it can be the other way around although our analysis of whether people get grumpy in old age would show there is a link.